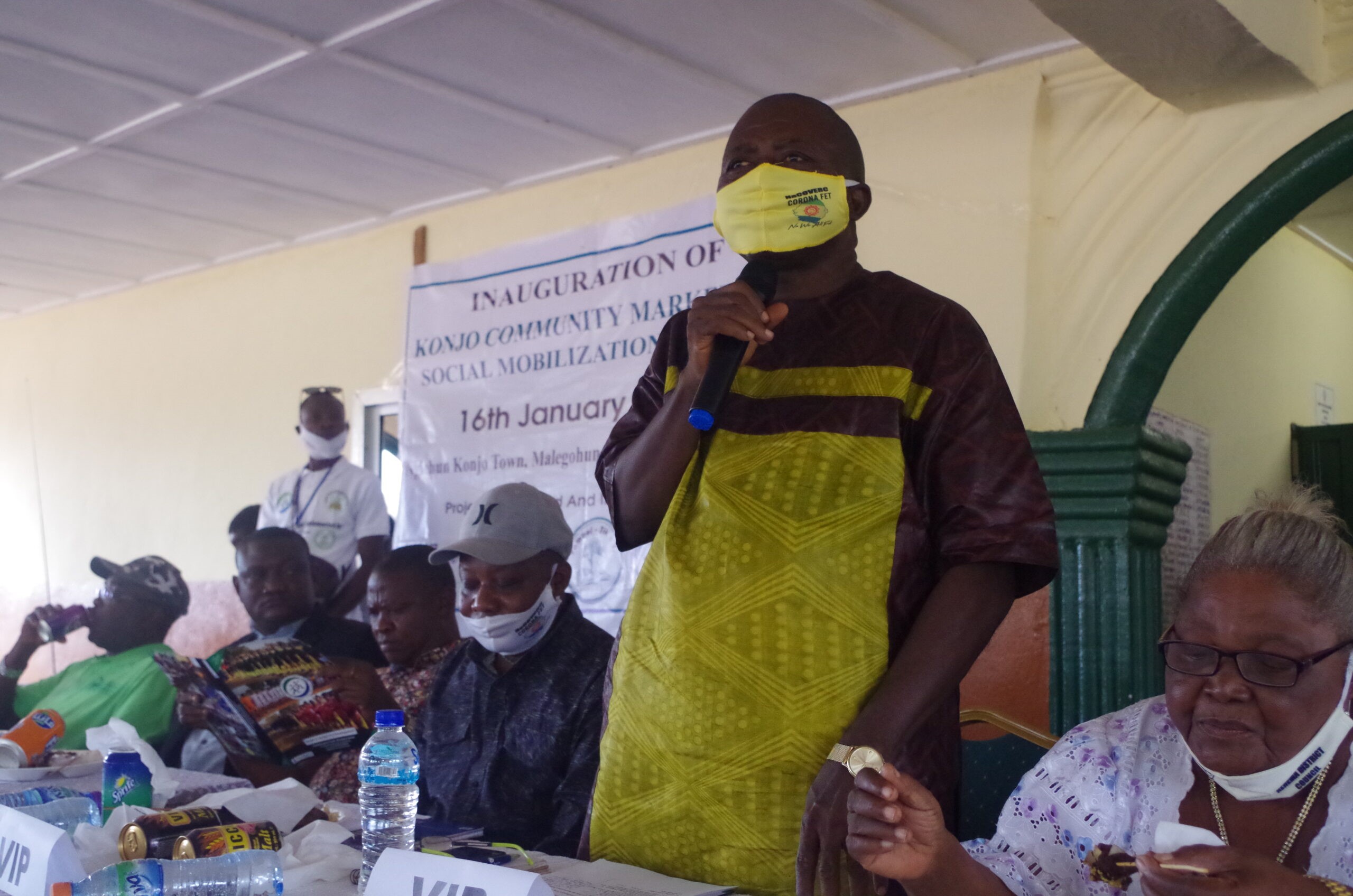 Speaking on behalf of the beneficiary community, the Paramount Chief – Madam Sally Satta Gendemeh welcomed the guest and thanked them for making it a point of duty to participate in this very memorable occasion in her chiefdom. She also thanked the staff and management of Youth in Action for Development (YAD) and the donor partners abroad who funded such an innovative project for the benefit of the Malegohun community.

Highlighting general overview of the project and its overarching goal, the Programme Manager, Dennis Ansumana explained that the project was co-funded by the Federal Ministry of Economic Cooperation and Development (BMZ) of the Federal Republic of Germany, Fambul Tik e.V, YAD and the Konjo Buima community. And the main objectives were to trigger socioeconomic development for women, forester unity, cohesion and peaceful coexistence mong the youth, hence to solidify peace, democracy and good governance in Malegohun Chiefdom in general and Konjo Buima community in particular. He further explained that the project constructed and equipped a storey building with a market centre located on the ground floor, a community mobilization hall located on the top floor, 2 bedrooms and parlour guest house, 7 squat-holes of toilets, cell-phone charge station, 15 KW solar system, robust musical set, solar powered water well, and series of capacity building training programs for project beneficiaries. The project also created a youth organization called Konjo Youth Development Association (KYDA) who assumed custodianship of the facility in order to ensure community ownership and future sustainability. 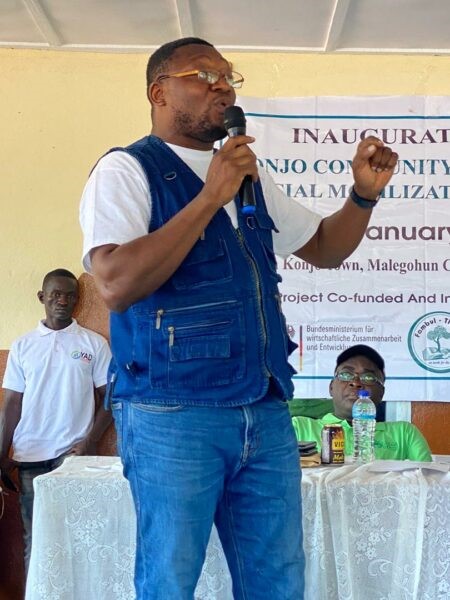 Speaking on behalf of the Kenema District Council, the Chairman, Mohamed O’ Level Sesay expressed his profound gratitude and appreciation to the staff and management of YAD and the donor partners who co-funded what he called “the most unique and innovative” project implemented by an indigenous voluntary organization like YAD in the entire region. “In order to prove to everyone how appreciative and delighted I’m today”, Mr Sesay went further, “I hereby award a Certificate of Meritorious Service to the staff and management of YAD In recognition of their development initiatives in Kenema district in general and especially for the construction of the Konjo Community Market and Social Mobilization Centre in Ngiehun Konjo Town, Konjo Buima Section, Malegohun Chiefdom. The leadership of Kenema District Council wishes to encourage the staff and management of YAD to continue the good work in other parts of the region” he concluded. 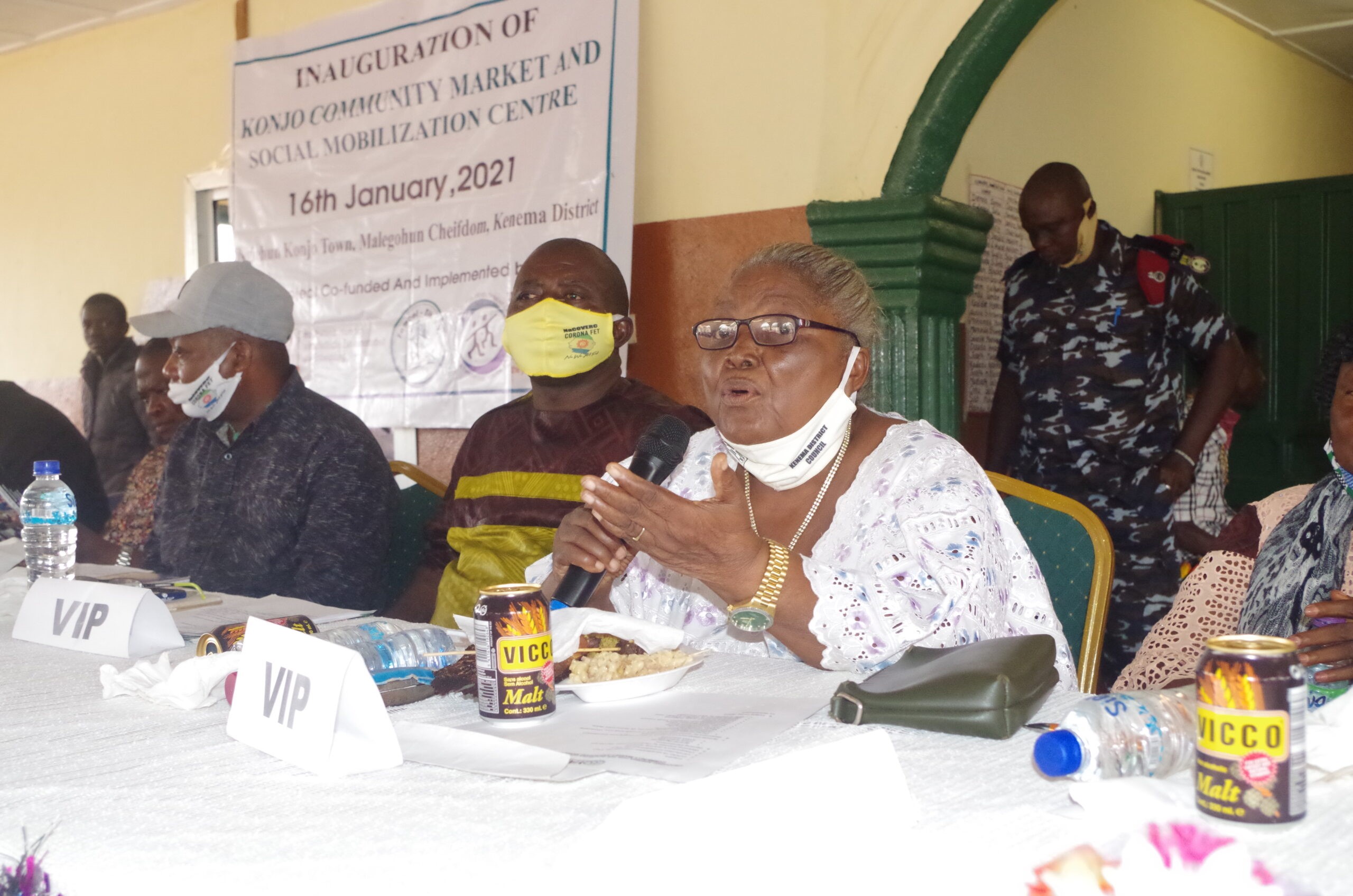 Speaking on behalf of NaCSA, the Regional Coordinator, Madam Aminata Sheriff stated that YAD’s mode of intervention in the region perfectly fits into the government’s strategic development framework and therefore requested all and sundries to support them open handedly.  She further welcomed YAD to consult her office with any queries regarding development in the region as she would be always ready to offer them any support they might need. Mrs Sheriff also pleaded to the project beneficiaries to utilize the facility for the intended purpose. 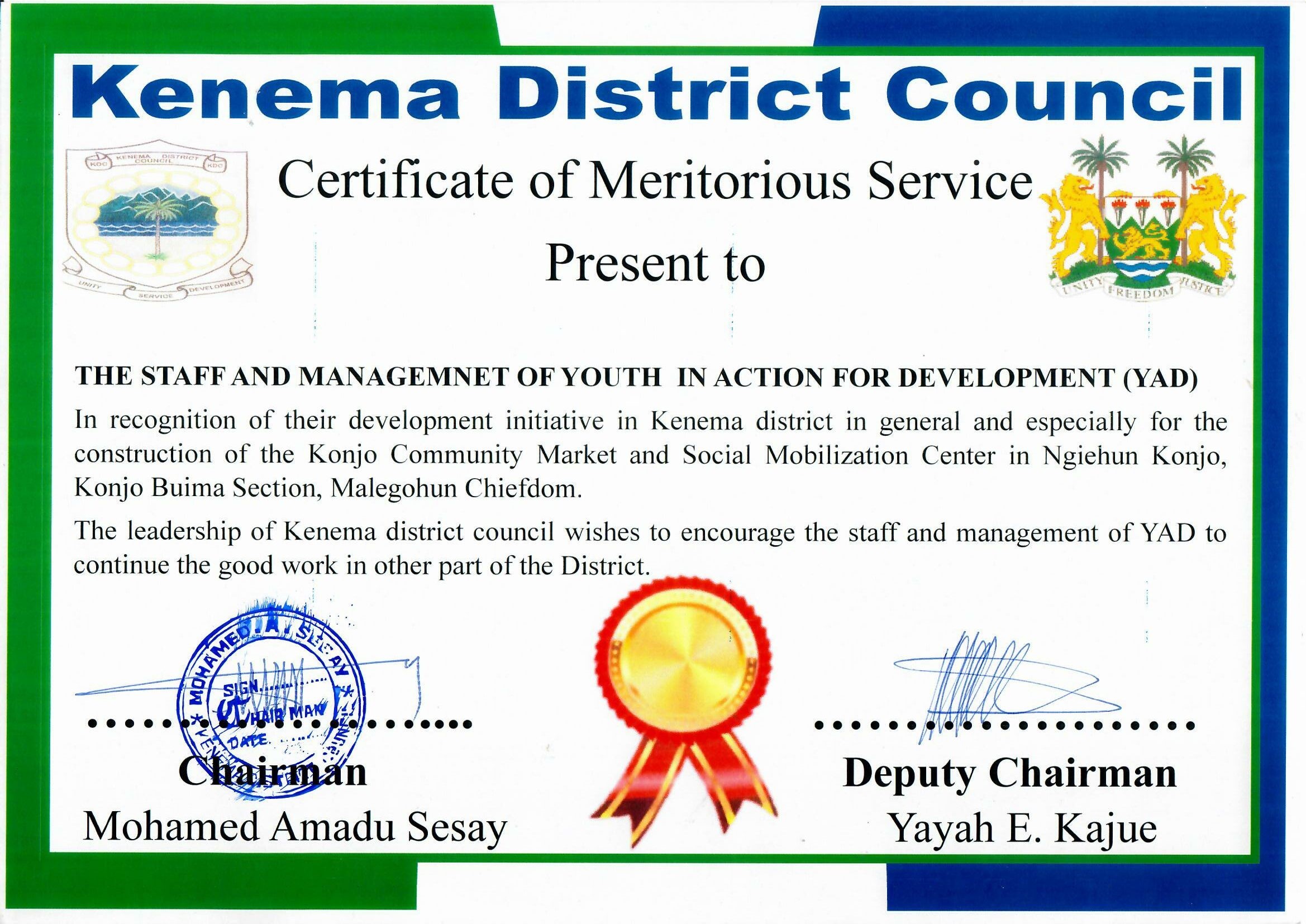 Offering a keynote address before cutting the ribbon on behalf of the central government, the Resident Minister – east, Hon. Andrew Ansu Fatorma, profoundly thanked YAD, donor partners and Konjo Buma community for their efforts in fighting poverty in the region, adding that the project is in firm conformity with and in solid support of president Bio’s New Direction agenda. He therefore implored the local authorities and the youths to handle the facility appropriately and use it for the intended purposes in order to ensure long term sustainability. Hon. Fatorma admonished the youths to use the facility to promote peace instead of vengeance and lawlessness. He also cautioned the local authorities not to transform the facility into a court barry where they might impose unbearable fines on the youth until they feel expelled from their own community. 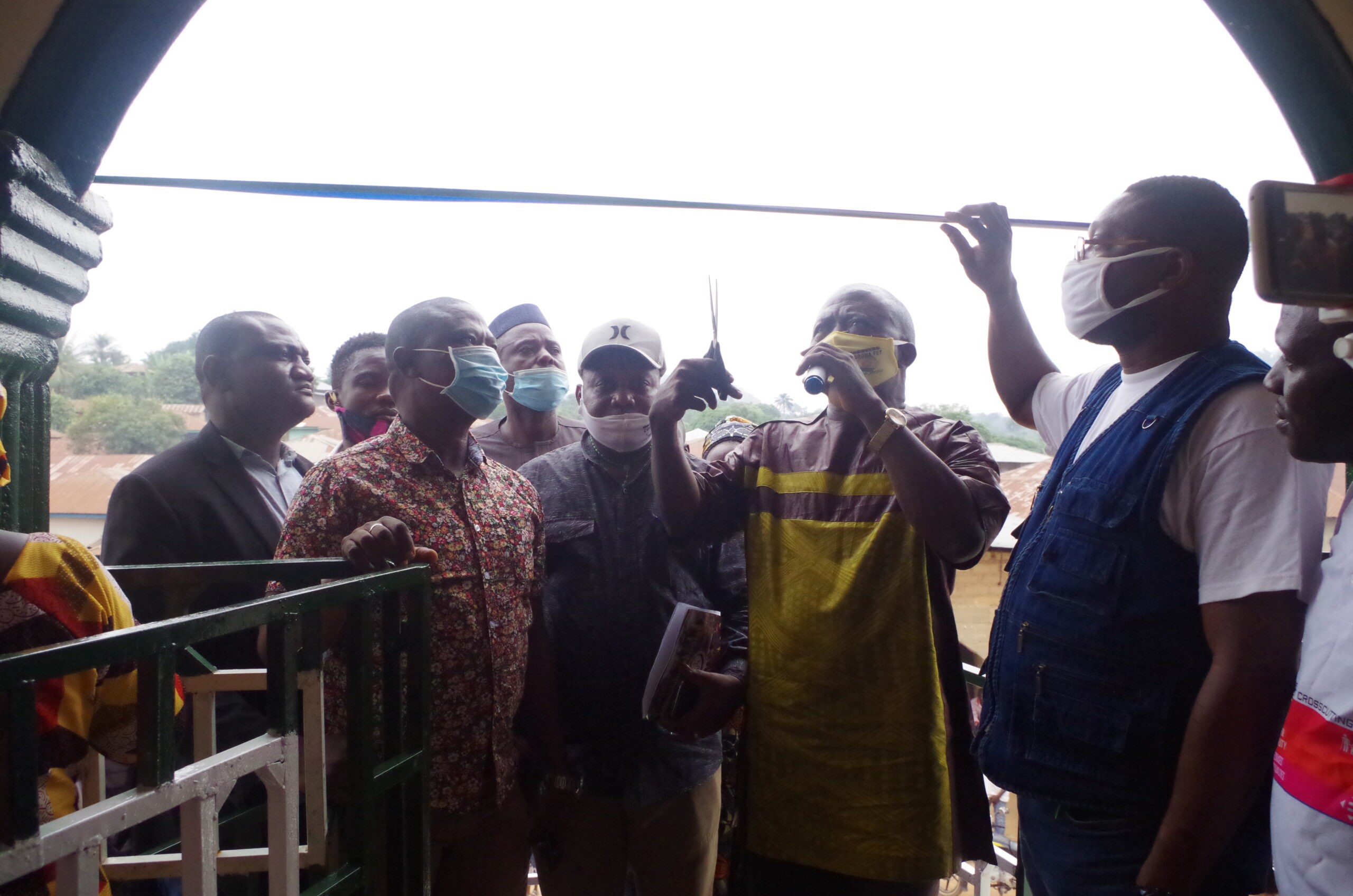 “By the power invested in me by His Excellency President Julius Maada Bio, I hereby cut the ribbons and to declare the Konjo Community Market and Social Mobilization Centre formally open for community use” Hon. Fatorma concluded.

The occasion was chaired by the Provincial Secretary – east, Mr Andrew J. Fofanah; it ended with a vote of thanks by Mr Yayah Kajue, the Ward Councillor who also doubled as Deputy Chairman of Kenema District Council.